Boulder is is a common natural resource and is used to build a lot of stuff. It can be obtained by Mining and Quarry work. Destroy Rocks (Grey Rock) and Limestone Rocks (Grey rocks with yellow spots) with your pickaxe to gather Boulder. With Boulder you can build the Material production table, Small animal traps, Trechbuchet stone balls, Lighting Eqipment etc. Boulder is also needed to produce Trimmed stone.

Plastic is a common refined Material in Night of the Dead. It is needed for a lot of weapons and is a base ingredient for Trap machines which are used for every of the advanced traps. Some traps need even more plastic beside the trap machine and plastic is also used to craft more advanced items like Batteries, Motors and Engines. Plastic can be found on the island or crafted at the Crafting table by processing Plastic pieces.

Rope is a common refined Material that is made by combining Vine and Cloth at the Crafting table to make 1x rope. Ropes are used to craft Weapons and build Structures and Traps. You also need Ropes to craft the Research Table and upgrade different structures.

Cloth is a refined material that can be obtained by processing Piece of Cloth at the Crafting table. Cloth is mainly used to produce Rope which is then used to build a lot of Structures and Traps. Cloth is also used to produce a lot of items like Molotov Cocktail or a Torch and even to build Beds or Carpets. Another item that you need Cloth’s for to craft and which has been recently added with a update is the Maintenance Kit.

Lumber is a refined material common ressource in Night of the Dead. Lumber is mainly used to build structures and traps. To get Lumber you need to process Log on the Material production table. Processing 1x Log gives you 1x Lumber. 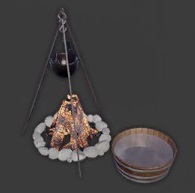 Cooking Station (Cooking bench) is used to prepare food. On the cooking bench you can prepare simple food like Boiled eggs or roasted meat. With the upgrade levels you gain access to more advanced meails and desserts. You can bake bread, pizza or even create yourself a delicios steak platter and even Donuts. This Bench is a must have in order to survive.

List of products that can be produced on the Cooking Bench

Piece of Iron is a common resource in Night of the Dead. It is used to build and upgrade weapons, traps and structures. It is also used to craft more advanced items. Pieces of iron can be found within Laptops, Metal Barrels, Cars and Trucks, Ammunition crates or by simply mining for Iron Ore (Black rocks). 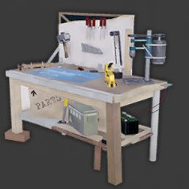 The Crafting bench (Crafting table) one of the most needed working tables. There are two upgrade levels which open up the bench to craft more sophisticated products. You need the crafting bench to craft Trap machines, Nails, Plastic, Ropes, Cloth and much more. With the upgrade levels you gain access to Fertilizer, Manure and even electronic devices like a radio for exampe, which is used to get in contact with other survivors.

List of products that can be produced on the Crafting Bench: 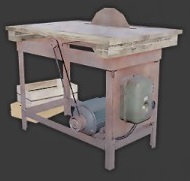 Material production table (Material bench) is used to craft a lot of stuff needed for base building. Like Wooden plank, Trimmed Logs, Iron ingot, Cement and much more. It is one of the first benches you should build in order to start building your base, maze or trap corridor. It has two upgrade level which open up the bench for more advanced products.

List of products that can be produced on the Material production table:

(If you have any issues, please email the devs at support@jacktostudios.com)

This fansite is a tribute to the great game Night of the dead developed by Studio JACKTO also known as Jackto Studios. All rights belong to their respective owners.
close discount box